Celiac Disease or as commonly known “gluten intolerance is on the rise today. It’s a chronic condition that can’t be cured, only controlled. That has led to many people taking a much closer look at the labels of the products they put into and on their bodies. Many are left wondering, “Is this product gluten-free?”

There have been some questions posed as to whether oats or avena sativa are safe for gluten-intolerant people. To end the confusion, pure oats are naturally gluten-free.  They should pose no threat to someone with a gluten-intolerance on their own. The problem with oats and gluten is contamination. The contamination of oats with gluten generally happens in one of two ways.

Most brands of commercial oats are processed inside the same facilities that process other gluten-laden ingredients such as wheat, barley, and rye. The nature of gluten intolerances is such that even these trace amounts can cause discomfort and digestive distress. The contamination of oats can also occur in the fields where the oats are grown if they are next to fields planted with wheat. The severity of the gluten contamination can vary widely even among batches handled in the same facilities or grown on the same farm. The issue with this is one box may not trigger any noticeable symptoms, but the next box of the exact same brand could leave you with a severe reaction.

If you are concerned about gluten contamination, it’s best to avoid conventionally grown and processed oats completely. There are a wide variety of certified gluten-free oats available on the market today, and they rank among the most affordable of the gluten-free grains.

While there is still some debate over the topic, researchers believe that all reactions from oats stem from trace contamination or sensitivity to oats in addition to their gluten-intolerant condition.

Oats do not contain gluten. But it’s highly likely that they became contaminated with at least trace amounts of gluten somewhere between the farm and the shelf of your local grocery store. So that box of oats you were eyeing is not likely to truly be gluten-free.

At ANBIA® we use gluten-free oats in all our bar soaps.  We do because of their ability to exfoliate, heal damaged skin, and lock in moisture, it’s that simple. Oats also contain proteins that increase the skin’s production of filaggrin, a compound that further supports skin barrier function. And on the redness-reducing front, antioxidant avenanthramides in oats are known to reduce redness and UV irritation. Finally, saponins in oats gently cleanse the skin and keep reduce dirt on the skin’s surface. 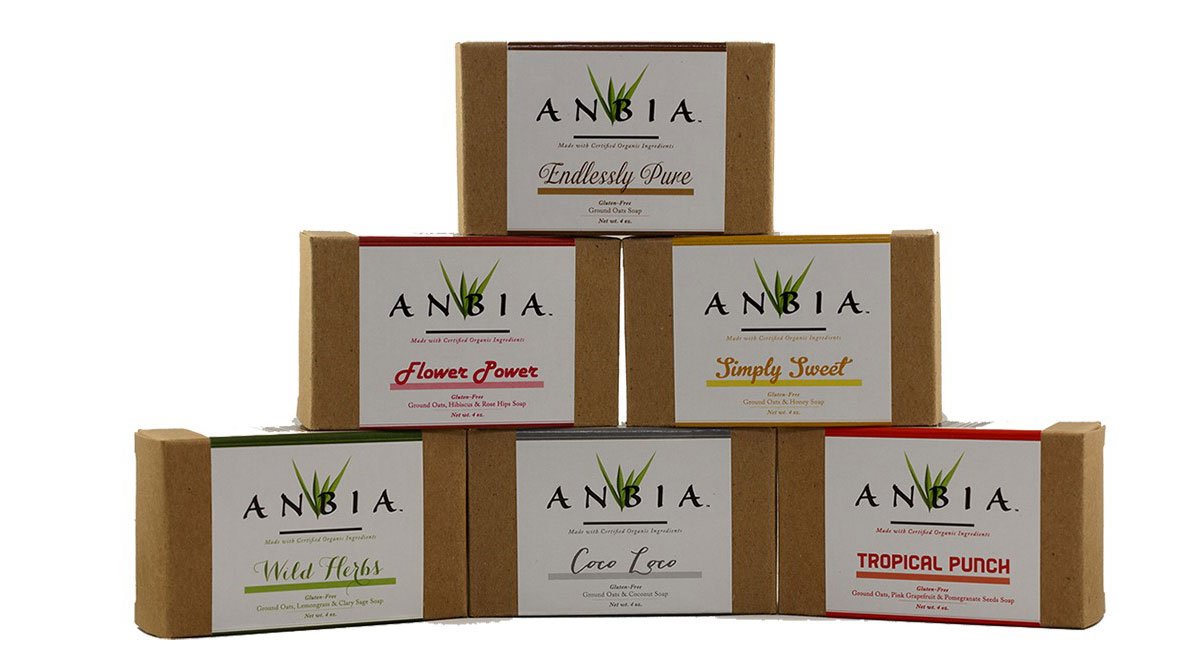 Be sure to check out ANBIA®‘s product line of gluten-free bar soaps.  They are made from only the finest certified organic gluten-free ground oats grown in Montana under strict USDA rules and guidance, you can be assured of zero contamination. Your skin is asking to be nourished. Let us show you how that feels.

From the Editor's Desk